What is Wheelchair Curling?

What is Special Olympics Curling?

Curling requires strategy, physical ability and a true team effort. Athletes work in teams of four, in an attempt to place their rocks closest to the centre of a series of four rings called the house. The team with the most number of stones closest to the centre is awarded points accordingly. Teams typically play eight ends and the team with the most points at the end is declared the winner.

What is Blind Curling?

Curling for the Blind and Visually Impaired is essentially the same as the game played by sighted people. The difference is that each team has a sighted guide to assist the players in their delivery. The guide first describes the location of the rocks in the house and the type of shot that the skip has requested e.g. guard, draw or takeout. The guide then assists each player in delivering his/her rock along the line that is necessary to make the shot. Depending on the degree of visual impairment of the player, the guide may hold the broom at a short distance in front of the player, set a flashlight on the line of delivery or communicate with the player to ensure that he/she is lined up correctly in the hack. 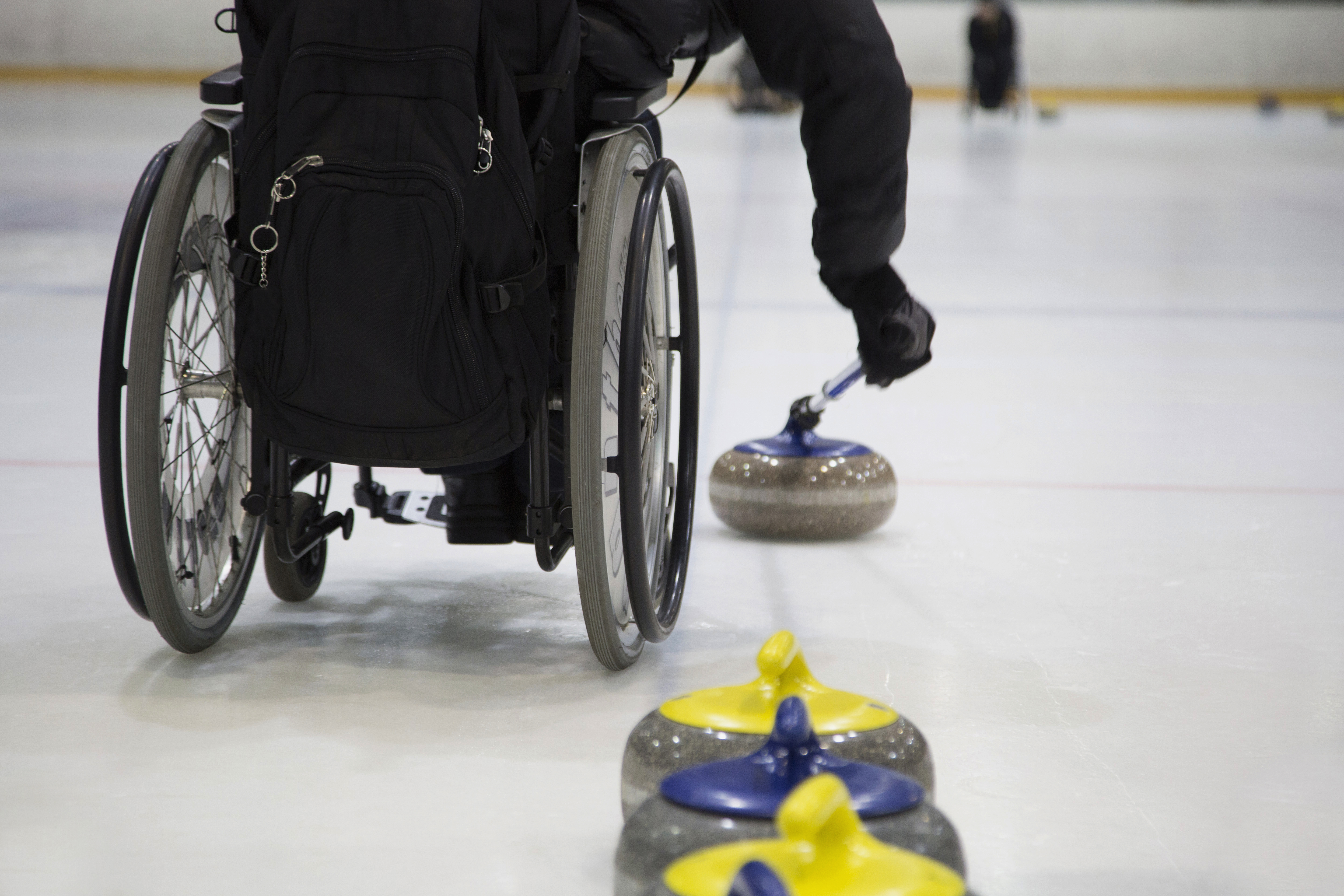 Location
Victoria (and several others)